The Sierra Leone Economic Diversification Project (SLEDP) is designed to support the growth of SMEs and Entrepreneurs in sierra Leone with the aim of enhancing domestic and international investment and increased revenue from non-mining sectors.

Economic development in Sierra Leone has grown following the 10-year civil war (1991 to 2002) and a resumption of iron ore exports and investment in the agriculture industry (2003 to 2014).However, economic recovery is challenged by weak institutions and poor governance in Sierra Leone which not only undermine the legitimacy of the state (which is a major issue, as the country still retains many elements of fragility) but are also major impediments to private sector development.  Overall, Sierra Leone’s post-Ebola economic performance has been positive with GDP growth rising to 6.3 percent in 2016, attributed to the resumption of iron ore mining and strong contributions from non-minerals sectors such as agriculture and services.

Sierra Leone’s growth continues to be driven by two main sectors – mining and agriculture, and the limited economic structure continues to make the country vulnerable to external shocks. Agriculture is the largest single contributor to GDP, accounting for more than 50 percent of GDP over the last 4 years, while employing more than 58 percent of Sierra Leone’s labour force, compared to 35.4 percent in services and 5.7 percent in industry (which includes mining)[1].  Labour productivity in the agriculture sector has been historically the lowest when compared to other economic sectors in Sierra Leone, limiting its potential to generate value addition and better incomes.  Similarly, the country’s export base remains largely undiversified with extractive products such as iron ore, diamonds and other minerals making up the largest share of exports. In 2019, mining products made up 89 percent of Sierra Leone’s total export. While this export-oriented and capital-intensive sector has driven growth in recent years, the sector is also highly prone to external price volatility and has limited capacity to add value, create jobs and generate linkages to other sectors in the economy.

Economic diversification will be critical to harnessing Sierra Leone’s potential to meet the growing demand for jobs from its youthful population.  As the working age population grows faster than the total population, an estimated 4.7 million jobs will be needed by 2021. There is a critical need to boost the competitiveness of growth sectors such as agrobusiness and services to create jobs and generate labour income as a sustainable pathway for inclusive growth. To address these challenges, the government has placed economic diversification at the centre of its Medium-Term National Development Plan (2019-2023). Diversification is key to building a resilient economy and doing so will require significant improvements in the business environment, as well as public and private sector investments to improve productivity of alternative growth sectors. These include diverting resources to address sector-level constraints to competitiveness, boost firm-level productivity and make critical investment in public goods[1]. 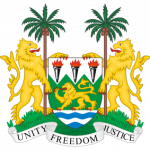